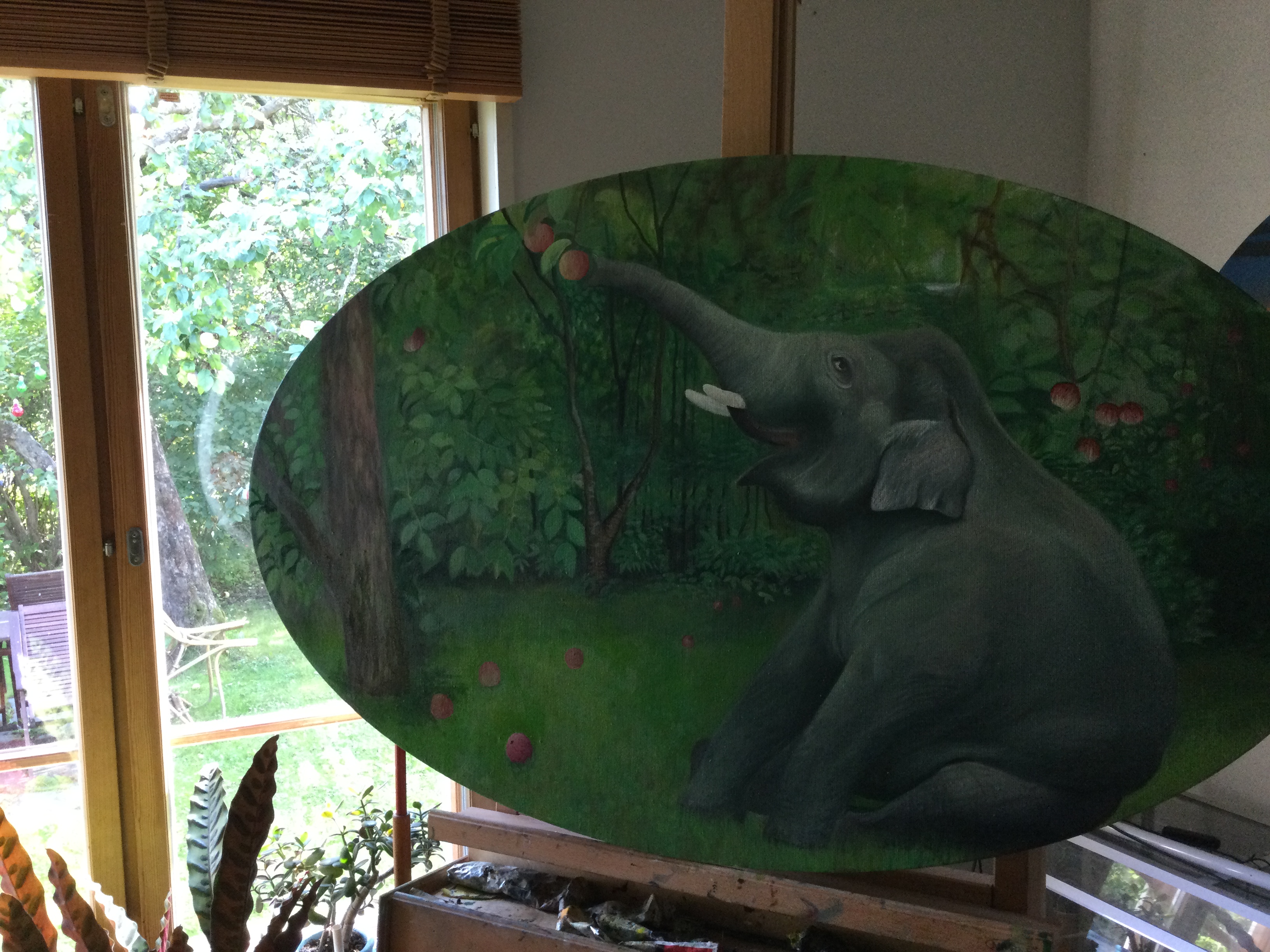 Autumn is coming and the apples are ripening. The painting Apple Thief, started in early summer, is starting to come to fruition. Much remains to be done on the background and the elephant. However, the pieces are starting to fall into place for the final work. The scale of the background was considered and changed last week. The apple tree trunk in the foreground was previously too large and unnecessarily forward. After narrowing the trunk, the tree now seems to sit better in the garden and at the same time the elephant scale settled into place.

I am partial to oval and round frames. I once ordered them from a family carpenter for a completely different purpose. I can't even remember what paintings they were originally intended for. Instead, I have used them in various series of paintings for works that seem specifically suited to oval or round frames. In my most recent series of works, I have used only them.

Soon the garden will undergo another dramatic change as the trees shed their leaves in autumn. I have painted from the Apple Thief directly from the view I saw from the window. I'll be in a hurry if I want to finish the painting before then. Fortunately, I have photographs of the garden in its summer guise to return to if I don't have time.